Order Euros online and get next-day-delivery on amounts between £300 and £7500 of euros.

To obtain the most up to date pound to euro rate, please enter your requirements into our currency converter.

How to get the best pound to euro exchange rate

The UK’s only sole provider of foreign currency without hidden fees. Compare and see how much you can save by buying Euros at the real exchange rate.

The first step on your quest to find the best euro exchange rate is to understand how the rate is structured. Most financial institutions, when selling euros to you in the UK will refer to the Sterling Pound as the base currency. The pound is also abbreviated as GBP. Therefore for £1 you will receive X Euros.

For example, as of writing this article, the real interbank exchange rate is showing GBP/EUR 1.1018. This means for every £1 is equal to 1.1018 Euros.

Therefore the higher the pound to euro rate, the more euros you end up with in your pocket!

The euro is also abbreviated as EUR, so make sure you select this from the drop down menu on the converter.

To make sure that you are getting the best value when you buy euros, always check the rate of exchange on offer and the final value of Euros that you receive after all deductions are made. Always check just before confirmation, how much am I paying in pounds and how much am I receiving in euros.

The best currency exchange rates are found online and are much cheaper than using high street brands and obtaining it last minute at the airport.

If you want to exchange your euros for pounds, then visit our currency buy back page. Or learn more here about getting the best deal on your travel currency.

How does the pound euro exchange rate move

The exchange rate like others will show you the value of one currency against another. These rates move millisecond by millisecond based on supply and demand for each currency in the multi-trillion foreign exchange market and all providers of currency will provide a rate based on a multitude of factors. The Currency Club will always provide you with the real exchange rate on pound to euro (GBP/EUR) and will clearly show you the small fee applied.

Where can I use Euros

The Euro (EUR) is the centralized currency accepted throughout the European Union which includes countries such as Andorra, Austria, Belgium, Europe, Finland, France, Germany, Italy, Netherlands, Portugal, San Marino, Spain to name a few. The euro currency is recognised through the symbol After the US Dollar, it is the second largest reserve currency as well as the second most traded currency in the world. The Euro is consequently used daily by approximately 332 million Europeans and over 175 million people worldwide use currencies which are pegged to the euro, including more than 150 million people in Africa.

What Euro currency denominations can I get

Euro currency comes in a variety of bills and coins.

5,10,20,50, 100 and 200 notes. There are still 500 euro notes in circulation however these are becoming much rarer. In recent years, the UK Government has stopped the supply of the 500 Euro bill by Licensed Money Service Businesses in the UK, therefore the largest denomination we generally tend to supply in Euro travel money is the 100 bill however, we can at times obtain the 200 bill.

Can I target a pound to euro rate

We can buy back your leftover Euro so you can always transact at the best interbank GBP to EUR exchange rate with no hidden fees. 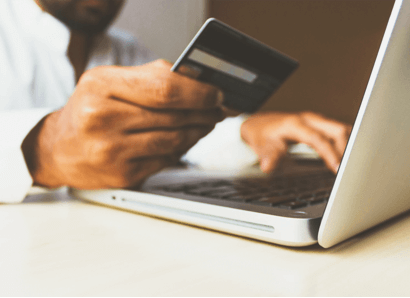 Send money abroad in Euro (EUR) at the real interbank exchange rate for as little as 0.36%