1. Indian Rupees is an official and national currency of India.

2. The history of Indian rupees is quite vast and considered one of the first countries to mint coins dating back to the 3rd century BCE by Maurya Empire entitled as Rūpyarūpa.

3. Earlier, INR was pegged to the British Pound and then to the U.S. Dollar till 1975. As of now, INR is a floating currency on the foreign exchange market.

4. INR is managed and traded by the Reserve Bank of India.

5. In order to prevent circulation of fake notes, the RBI has changed and updated these notes with new security features in the due course of time.

7. Also, INR rank 16th in the global foreign exchange market in terms of its value.

What is the interbank exchange rate for the Indian Rupee ? 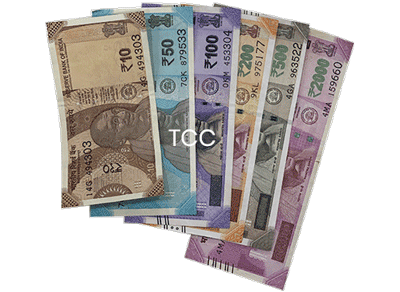