1. The Sri Lankan Rupee is officially used by the people of Sri Lanka.

3. Like many other currencies, its subunit is cent where 1 Sri Lankan Rupees equals 100 cents.

4. The Central Bank of Sri Lanka manages this currency.

5. On the front side, Sri Lankan banknotes boast the portraits of the country's former Prime Ministers and former President Percy Mahinda Rajapaksa. At the same time, its backside showcases the country's flora, fauna, industrial development, culture, history and achievements.

6. Before Sri Lankan Rupee, the country used Indian Rupees as its official currency.

What is the interbank exchange rate for the Sri Lanka Rupee ? 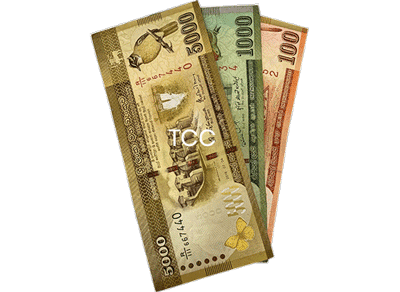