Top 8 Facts About The Swiss Franc

1. Swiss Franc is the official currency of Switzerland, Campione d'Italia (Italy) and Liechtenstein.

2. The currency is also unofficially used by Busingen and Hochrhein in Germany.

3. Its foreign exchange code is CHF, and internationally it is also used as its symbol.

4. Other symbols used to denote Swiss currency are Fr and fr. These symbols are used when you write the currency in German, Romansh, French and Italian.

6. Its subunit also has several names, such as Rappen, centime, rap and centesimo. The symbols used to denote them changes with what they are being addressed as, they are Rp, c, ct and rp.

7. Swiss Franc is one of the 10 most traded currencies worldwide, with 5% of daily trades.

What is the interbank exchange rate for the Swiss Franc ? 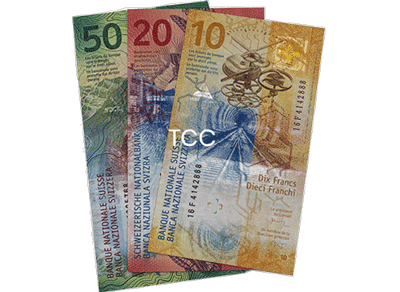