1. Dirham is the official currency of the United Arab Emirates.

2. Dirham is used since 1973. It replaced currencies like the Qatar riyal and Dubai riyal.

3. UAE Dirhams is abbreviated as AED. It is also represented by the symbol Dhs or DH.

4. Only the Central Bank of the United Arab Emirates has the right to issue Dirham banknotes.

6. Due to the country's reliance on oil business, DH is pegged to US dollars. Also, it is one of the most stable currencies worldwide in terms of its exchange rate.

What is the interbank exchange rate for the UAE Dirham ? 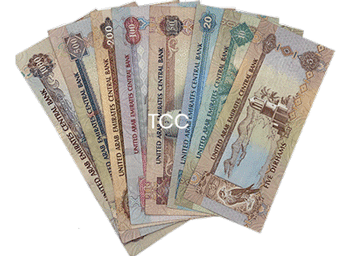