Top Facts about The Mexican Peso

1. The official currency of Mexico is the Mexican Peso, and is abbreviated as MXN.

2. Peso is derived from the word "weights", which also means gold or silver weights.

3. However, peso was initially established in Spain, and later adopted by Mexico.

4. The first coins were materialised in 1863 as centavos, worth one-hundredth of the peso.

5. Also, in 1823, the first banknotes were issued by Emperor Agustin de Iturbide in denominations of 1, 2 and 10 pesos.

What is the interbank exchange rate for the Mexican Peso ? 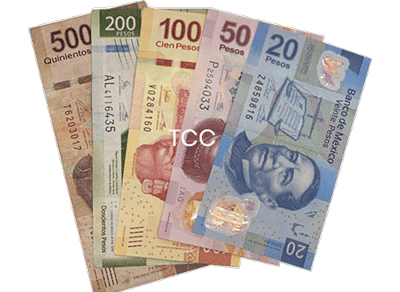