Top 7 Facts About The Taiwan Dollar

1. The Taiwan Dollar was introduced in 1949, replacing its older version.

2. It was used by the Taiwan region of the Republic of China. But in 2000, it became a "national" currency.

3. Its official symbols are NT$, $ś“. While the $ sign is used freely in the region, NT$ is used to distinguish the Taiwan Dollar from other dollar currencies internationally.

4. The ISO currency code that denotes it is TWD.

6. Some of its nicknames are yuan, kuai, ngiun and kho. Nicknames for dime are jiao, kok, mao and kak. Lastly, the locals refer to cent as fen, sien and sian.

7. The Taiwan Dollar banknotes range from red to purple in colour. In addition, they feature images like Sun Yat-sen, Chiang Kai-shek, FORMOSAT-1, etc.

What is the interbank exchange rate for the Taiwan Dollar ? 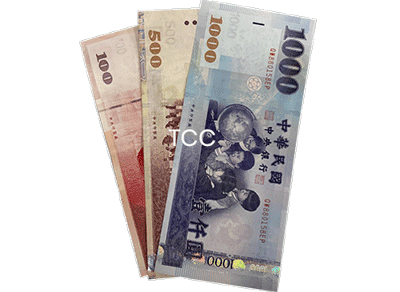