1. The currency of Israel is abbreviated as ILS, and its official currency is the Israeli New Shekel.

2. ILS is the currency of Israel since 1986, replacing the hyper-inflated original shekel at a ratio of 1000:1.

3. After Israel's formation again in 1948, Israel used Palestinian Pound as its currency which was replaced by the Israeli Pound in 1952.

4. Both Palestinian Pound and Israeli Pound were pegged to the British Pound or GBP, but due to high demand of the common people wanting a currency with a Hebrew name, the latter ended its relationship with the British sterling in 1954.

5. After the financial crisis in Israel, the government introduced new shekels in 1986 along with free-market reforms.

6. Since the inception of this new ILS, it has been one of the most stable global currencies.

8. The Bank of Israel manages all currencies in Israel.

What is the interbank exchange rate for the Israeli Shekel ? 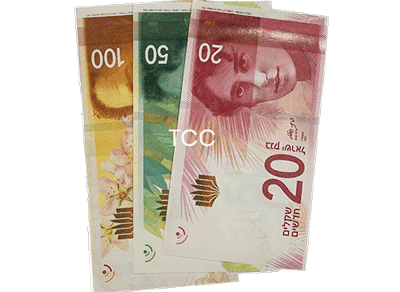